While social media is great for keeping up with family and friends, you can easily share too much on platforms such as Facebook, Twitter, Forums, etc.

A lot of people worry about what these companies will do with your data, but in reality, we give away more information ourselves than we think.

In this article, we look at some of the things you should never share on social media. Sharing these things could harm your privacy and safety.

Think twice before bragging about your amazing upcoming vacation or posting pictures while on a weekend trip. You never know who could see this information and use it to break into your home.

If someone knows where you live and has malicious intent, knowing that you’ll be thousands of miles away for two weeks is an open invitation to rob your home.

As a safer alternative, don’t share any details or pictures about your trip until after you return. While this is less exciting, it doesn’t advertise to the world that you’re not at home for an extended period.

In addition to your smartphone tracking your GPS coordinates, your browser also has a general idea of where you are based on your IP address and/or signed-in accounts. This is called geolocation, and it’s often used on social media to tag your post with your current location.

Before you post on any social network, check to see if the site adds your location data automatically and disable it before posting. Most of the time, there’s no reason to share your location with everyone who can see the post.

Did you also know that most photos contain metadata that shows the exact location where the picture was taken? If you aren’t aware of this, the photos you post on social media could compromise your privacy.

Sites like Facebook are full of valuable data for people who use social engineering to steal your identity on social media. You should therefore avoid sharing information that’s used to verify your identity, such as your full date of birth. Never share photos of your driver’s license, passport, or credit card, which contain personal information that you don’t want to make public.

It’s also vital to keep an eye out for the “fun quizzes” that do the rounds on social media every so often. These ask you to answer questions such as where you went to school, what was the name of your first pet, etc.

These types of questions are often used as security questions to protect your online accounts. Thus, making these answers public could allows hackers to break into your accounts, so avoid them.

Social media is not the place to air your personal grievances. If you want to complain about your boss, coworkers, or relatives, social media is a terrible place to do so. It’s likely that someone will see it and let the person know, resulting in a messy situation.

A lot of people use their social media accounts as a place to complain, for some reason. As a healthier alternative, why not start a private journal where you can rant all you want? However you choose to do it, keeping your anger off the public square of social media is a smart idea.

Note that many companies offer customer service on social media, so this doesn’t apply to getting help with a legitimate complaint.

While you definitely don’t want to get fired over a joke or incendiary comment, it’s something else entirely to break the law and leave the evidence on social media for all to see.

It’s unlikely that you’ll see any truly heinous crimes admitted to on Facebook or Twitter. However, you may very well come across incidents where people make light of driving drunk or taking selfies on the highway.

Some even share photos of their drug stashes, illegal firearms, or cash that they’ve stolen. This also applies to explicit photos of yourself—it’s a terrible idea to post those on any social platform.

Do everyone (including yourself) a favor by never posting anything like that on social media. The few likes you might get aren’t worth the damage to your reputation or even going to jail for committing a crime.

Many people love to share pictures of their new toys on social media. Whether you just got a new phone, laptop, car, TV, piece of jewelry, or anything else, you shouldn’t make the purchase public on social media.

For starters, these kinds of posts contribute to a major problem that affects most social networks: social media amplifies our insecurities and feelings of failure. When you post highlights from your life, it can inadvertently cause others to become envious and resentful.

The second reason is more practical. Telling the world that you have a shiny new toy could result in some people wanting to steal it or take advantage of you in some way. An extreme case would be announcing that you won the lottery. If people think you’re well-off because of what you can afford, they might look to use that to their advantage.

We’ve all seen people ask for home sickness remedies or legal advice on social media. No matter how sure of yourself you might be, it’s in everyone’s best interest (including your own) that you don’t give medical or legal advice to people over social media. This is true even if you’re a doctor or lawyer.

The key point is that you simply don’t (can’t) know all of the facts. If someone is sick or in trouble, they should seek professional help. This also applies to advice on exercise, weight loss, diet, finance, relationships, and other sensitive topics.

It’s best to stay quiet on all of this because if you give advice that ends up harming someone, they could pursue legal action against you.

Social networks are prime ways for companies to run giveaways and contests, mainly because it’s so easy to click “Share” and not think twice about it. While there are plenty of legitimate giveaways on Facebook and the like, you should think carefully before sharing them all of the time.

If you constantly share giveaways, contests, and invites to Facebook games, you’re probably annoying your friends. Even more importantly, some of these so-called contests are actually scams in disguise. You could unknowingly spread malware or trick people into giving away sensitive data.

To be on the safe side, you should be wary of all posts that heavily encourage sharing and ask for personal details.

It’s an easy mistake to accidentally post private information on a public channel. However, you should be careful about exposing insider information on social media. If you’re aware of protected details at your job, don’t share those anywhere, especially online.

Talking about someone who’s going to be laid off next week, your company’s strategy for the new year, and other insider info could get you in big trouble.

10. Anything You Don’t Want to Make Public

This is a bit of a catch-all for anything not covered above. If there’s one rule that you should live by on social media, it’s this: never post anything that you wouldn’t want the whole world to see.

On the internet, once something has been published, it’s pretty much impossible to remove it completely. Even if you set your content to “friends only,” there’s no way to know who’s actually seen your posts and photos, saved them, or shared them with someone else.

So if you post something today and regret it two years down the road, you may be able to delete it from your account, but it can never be completely erased from the internet. A good rule of thumb is to never post or share anything that you wouldn’t want to put on the front page of a newspaper.

In this article, we’ve looked at what not to post on social media for your own good. The truth is that we really can’t trust social media. So even the smallest mistakes, which may seem fine at the time, can have terrible consequences when you least expect them.

With all this negativity, don’t forget that you can start enjoying social media again by making a few tweaks to your use of social media. So don’t lose heart completely.

Gowthamraj VungaralaDevelopmentJanuary 23, 2021
Desktop computers are still the best choice if you want the most performance for the least money. Laptops offer mobility, but compromises when it comes to performance and upgradability. If you’re in the market for a desktop computer, you have …
END_OF_DOCUMENT_TOKEN_TO_BE_REPLACED 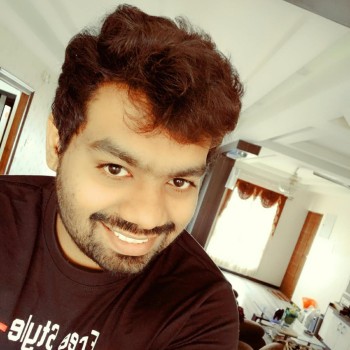